"The true Vermonter never loses his taste for the sweet of maple."

Come along for a trip through maple time in Vermont, from 1600s to the mid-twentieth century. Betty Ann Lockhart introduces the origins of the "Flavor of Vermont," the tools of the sugaring trade and the personalities who launched maple sugar to world fame.

The Abenakis were discoverers of the sweet sap that flowed from Vermont's trees, and Thomas Jefferson was an early promoter of it. During the Civil War, maple sugar was cheered as the moral alternative to cane sugar – the latter having been produced by slave labor – and in subsequent wars it was shipped to U.S. troops around the world. Enriched with maple-inspired songs, recipes and legends, Maple Sugarin' in Vermont illuminates not just the industry, but also the culture of maple sugar in the Green Mountain State. 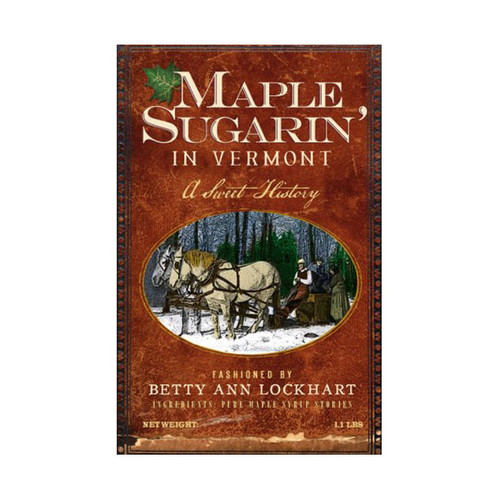